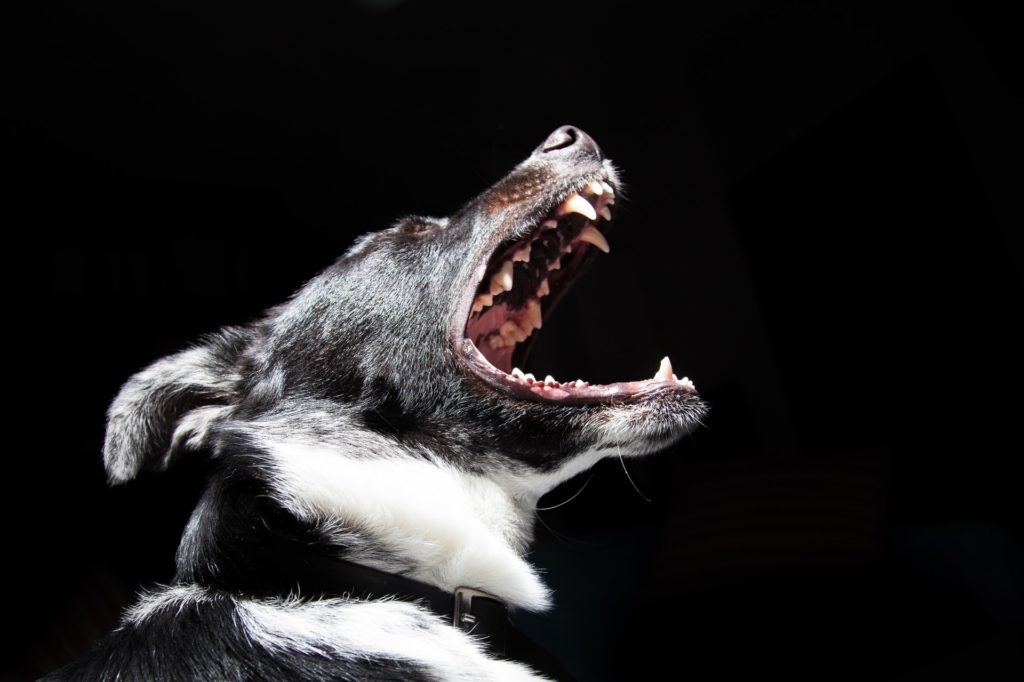 When we hear the word Rabies, we generally conjure up images of bat caves and salivating St.Bernards, but what exactly is Rabies?

Rabies is a viral disease that causes inflammation of the brain (an encephalitis) in warm-blooded animals, including humans. It exists on every continent except Australia and Antarctica and awareness and control are very important.

How is Rabies transmitted?

In most cases, rabies is transmitted directly via a bite from a rabid animal and in South Africa, this is usually a dog. The virus is injected into the muscles of the victim and penetrates the nerves in the area, travelling along the nerves to the brain where it causes inflammation and abnormal function. It also moves to the salivary glands, which is why a bite from an infected animal leads to transmission of the disease.

In South Africa, rabies is very rarely transmitted by bats. In other countries bats are common vectors (“carriers”) of rabies, but this is not the case in our country. In South Africa, the yellow mongoose (Highveld and Karoo), the bat-eared fox (Namibia and NW Cape) and the black-backed jackal (Northern Province) are the wild mammals most commonly affected.

Humans don’t often come into direct contact with these species, but cattle, dogs and cats are frequently bitten and can then transmit the disease to the human population.  Dog to dog transmission is the most common form of spread in South Africa and affected dogs are the biggest risk to humans.

Kwazulu-Natal, the Eastern Cape, Mpumalanga and Lesotho are the areas where Rabies is most prevalent in South Africa. Several hundred animals (600-900) are affected annually and 20-30 human cases are diagnosed in our country every year.

As a rule of thumb: A usually friendly animal that suddenly becomes aggressive or a wild animal that is unusually tame can have rabies. Remember that this virus affects the nerves and the brain of the victim and therefore also behaviour.

It can take between 2-8 weeks for signs to appear after an infected bite.

In dogs we commonly see behavioural changes like aggression, viciousness and frenzied barking. Alternatively, in the “dumb” form of the disease dogs are depressed and wander around aimlessly without a sense of direction. Some dogs drool excessively, have a drooping lower jaw, show general weakness, paralysis of the legs and muscle spasms. Others may shy away from bright light and react excessively to loud noises. These dogs all die within 10 days of onset of symptoms.

There is no treatment for Rabies! Once the symptoms of the disease are present, the disease is always fatal.

Unvaccinated domestic animals bitten by an animal suspected of having Rabies, are generally euthanised as precaution. Vaccinated animals are isolated for at least 2 months and monitored for symptoms, but these cases need to be discussed with the local State Veterinarian.

Humans bite victims have an excellent chance of survival, but only if they receive prompt and intensive treatment immediately after being bitten:

Vaccination is the cornerstone of Rabies control worldwide.

In South Africa, all dogs and cats have to be vaccinated against Rabies (by law).

The first vaccine is given at 12 weeks of age and is boosted 4 weeks later. A booster is then legally required every 3 years, but in high risk areas, an annual booster is recommended.

If an older animal has never had a Rabies vaccine, 2 vaccinations are given 1 month apart and then boosted every 3 years as above.

Humans in high risk professions (veterinarians, game wardens, kennel assistants) should be vaccinated against Rabies and caution should always be exercised when approaching unknown animals in high risk areas (even the cute little puppy while on holiday in Kwazulu Natal).

Rabies is a violent and fatal disease that can be prevented if we all regularly vaccinate our pets. Ask your vet to ensure that you are up to date with the vaccinations against Rabies. Don’t procrastinate – Vaccinate.